Free Background Stock. Giants, Aliens, And The A.I. Serpent. Disclosure Coming In 2018? #Living In, The Matrix.
“Detailed Research into the Illuminati Alien Cover-up since 1933. The US military and the Nazis have had flying saucers since 1933, they even circled the globe during WW11 that took them around three hours! The US military has been lying to the US Senate since 1947 regarding the Roswell incident. This is illegal Treason. Most people assume that aliens don’t exist, but I can tell you they do, it’s no fairytale. The alien agenda is the complete takeover of this planet by the year 2029, and the killing off of 5/5th of the world’s population according to Phil Schneider. The New World Order and the alien agenda is the same thing. There are 1477 underground bases worldwide, half of which are for the aliens. There is a threat of an invasion of 30 million or more reptilian aliens which control the Greys according to Bill Cooper. There are smaller numbers of small planetoids that are heading toward this planet, which is approximately the size of the state of Pennsylvania. It does not travel at above light speed as do other craft because it is so enormous and holds so many aliens. It passed near the planet in 1989, dropped off some reptilian aliens and headed out to the Draco constellation in early summer of 1989. The timetable for the arrival back to earth is approximately 2020, depending on what may happen near Draco. The Hubble Telescope has as its primary mission the task of tracking the return of the craft. The base in Dulce, New Mexico now has 100,000 aliens living within it at this time. Another 100,000 more have moved through the Dulce Base to other bases. The aliens continue to enter the earth at a rate of 20,000 per month. The base at Ada, Oklahoma is still very active. The aliens are attempting to move their entire planetary population from their dying planet as quickly as possible, prior to the arrival of the Draco reptilians. Presently, the assessment of those in the inner circle who are dealing with the alien invasion threat is that the Reptilians have every intention of ruling this planet. There are many who feel that the aliens have such a high technology that they cannot be defeated. “There are over 140 elements in the true Periodic Table, not 102 as generally acknowledged by regular science. There are 9 alien races (negatives?) on Earth at present. They get high (like cocaine) from the secretions of our adrenal glands. This may be the reason for the missing 100,000 children in the USA. Alien species classified: – Zeta Reticuli Greys – small. They come from cloning Bellatrax Greys Orion Greys Pleiadeans They implant chips through the nose, the back of the neck and the back of the head near the right ear during times when the subject is conscious, but in a state of mental and physical paralysis. The subject is not unconscious as if they were sedated. The aliens have the ability to block the memory of the experience through the use of certain injections and drugs into specific areas of the brain. Zeta Greys abduct humans and use them for genetic experiments. They take the souls from those humans and put them in replicas and release them after having altered them to some degree. They may appear to be the same person — and the soul is, in fact, the same, the body is new — and certain aspects of the memory and personality have been altered slightly. The aliens create replica bodies into which souls are transplanted from one body into another. This has been portrayed on the television series War of the Worlds. This is a means by which these aliens snatch bodies and control people to make them their own. Much of this occurs in underground caverns. When people who have disappeared for some time and they are released, there is a possibility that this has occurred to them. The aliens do not see this as cruel. It is simply their unusual culture. They have been abducting humans for centuries. They see the earth as a big farm and have been raising humans for their harvest. They often abduct them and take them back to their home planet to raise there as a form of animal husbandry. Their main problem is with their cloning process. In the re-cloning, each copy of each copy of each copy weakens repeatedly so that they are, in fact, a dying race. This has stimulated their interest in creating a new being through genetic engineering, using human or some other source as a new genetic substance to re-energize the cloning processor to create a merging of their own race with another. I AM LAZLOW THANKS FOR WATCHING MY INVESTIGATION.”
I am Lazlow
Published on 2 Aug 2017. 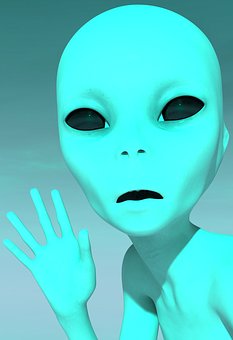 My name is Patrick Ireland, living in the Philippines with my wife and two daughters. I have been studying the web for over a decade. Now that I am 60 years old, I am starting to apply some of the knowledge that I have gained. "Learn from yesterday, live for today, hope for tomorrow. The important thing is to never stop questioning." -Einstein.
Previous Get ‘Yer Tinfoil Hats On Kids! We’re Goin’ Down the Rabbit Hole!
Next INSPIRATIONAL & POWERFUL FILM: I Am Gabriel