“The amazing story of hope and perseverance in the face of trials, opposition, and arrests captured the attention of renowned overseas movie director Tomasz Wiszniewski. Director Wiszniewski and his crew spent almost two weeks in Calgary filming the daily activities of Street Church and their volunteers.

They spent countless hours interviewing people from different fields about Street Church and its ministry. Everyone ranging from politicians, lawyers, reporters, members of the police department and the mayor’s office to the homeless served by the church and members of the public who passed by Street Church services were asked about why there is so much controversy, opposition, and resistance towards a peaceful ministry that feeds thousands of the less fortunate on the streets of Calgary. Particularly, they focused on why there is a tremendous and open hostility against Street Church from the municipal government.

During the two weeks, the filmmakers witnessed and recorded firsthand what motivates and empower the volunteers to stand for truth and in defense of human rights. They witnessed many lives being impacted during their time in Calgary through prayer, salvation, and the meeting of basic needs such as food.

In the documentary, Street Church volunteers are seen enduring and overcoming many obstacles in their mission. The documentary shows these volunteers being harassed, intimidated, handcuffed, arrested and taken before the courts by local authorities for simply standing up for their constitutional rights. It records their service to the poor despite rain, snow and freezing weather. As well, it shows the bravery of volunteers in the midst of attacks by local gangs. The film captures how they have managed to keep their faith throughout and continue with the mission they were called to do.

The film also features never before released archive footage of the miraculous recovery of a boy named Nathaniel whom doctors labeled a “Star Baby” because they declared that he would not survive. Born with smashed lungs, a heart located on the opposite side, stomach, and bowels in his upper chest, Nathaniel had all odds against him.

Also presented is a story of a successful businessman who left all of his wealth to dedicate his life to serve and defend the rights of the poor.

This production was filmed at various locations such as Lake Louise, Drumheller, Calgary, Hobbema and Warsaw, Poland. The film was shot by cameraman Alex Pavlovic and it is produced by Henryk Dedo.

The finished documentary will be shown in Europe and North America and will be featured at over fifty film festivals.”

Based on a radio documentary by
Henryk Dedo and Waldemar Kasperczak

“An incredible journey and a great documentary, a renewal of Faith in Jesus and the God of Christianity. Well worth the watch.”

Liberals, You Have Awakened The Roaring Lions! – Rally at the Alberta Legislature! 2018 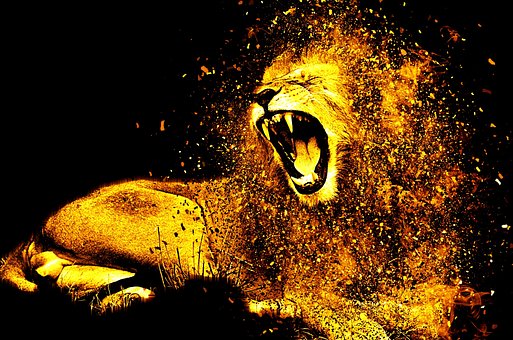 Artur Pawlowski
Published on 1 Feb 2018
“The term political correctness was first used in discussions among Communist that took place, both in Russia and among members of Communist parties abroad, after the Bolshevik Revolution of 1917. The term was used, without any irony, to judge the degree of compatibility of one’s ideas or political analyses with the official party line in Moscow. Because the Kremlin position kept twisting in response to nationalist and personal interests much more than to ideological consistency, staying politically correct required agile intellectual gymnastics. We all know how that ended. Over 100 million people murdered under the Communist holocaust. The comprehensive and detailed control of all ideas, beliefs, and statements is one of the most problematic features of totalitarian regimes. Political correctness can also be traced its origins back to the world of 1920’s Germany, where Communist academics sought to impose their Marxist views on students. During the “dictatorship” under the democratically elected Adolf Hitler in Germany in the 30’s and 40’s some 60 or more million people were slaughtered for not willing to bow before somebody else’s twisted ideas of what was right and what was wrong. In this instance the Nazi Party, that wanted to control everyone and everything. How people talk, what they believed and who they were associated with. Sounds familiar? Canadians, we are getting there very quickly and especially now with this government policy that is being implemented as we speak all over this country. The truth is that people of all colors and backgrounds have something in common: The will to be a free man and the God-given right to think and to exercise their rights to believe in what they want to believe without being haunted by the Thugs of the government oppressors. Politically correct restrictions on what we can say and how we say it has been imposed by leftists to restrict debate and silence opposition. Now we see this everywhere we go. Politics, media, and educational systems are to the core infected with this decrease, leaving us with only one solution. We have to oppose it or else we shall also face what so many others faced during the dictatorship of people like Hitler, Stalin, Mao Zedong and so many other sick people that could not just allow others to live their lives in peace. After the demise of international Communism around 1990, when there no longer was a correct, official line to be measured against, political correctness took on a second life. And this new revived form of oppression we can see right now everywhere around us. Political correctness is the communal tyranny that erupted in the 1980s. It was a spontaneous declaration that particular ideas, expressions, and behavior, which were then legal, should be forbidden by law, and people who transgressed should be punished. It started with a few voices but grew in popularity until it became unwritten and written law within the community. The church at that time withdrew itself from being vocal and publicly visible. After all, they bought the lie that they have to be Politically Correct and wanting to be nice to everyone they lost its saltiness and ability to lead the people to their lights. That created an even bigger vacuum that quickly was taken by this communist ideology. Now we simply face the consequences of their unwillingness of standing on guard for the rest of us. With those who were publicly declared as being not politically correct becoming the object of persecution by the mob, if not prosecution by the state. Canadians! What is your destiny? Freedom or oppression. The choice is yours. I hope in Jesus’s name, that you will not bow down to the devil’s propaganda that the truth for the sake of false peace should be compromised and hidden from the eyes and ears of our fellow man!”
Thank you, Artur Pawlowski www.streetchurch.ca www.marchforjesus.ca
https://www.facebook.com/arturpcanada
https://www.facebook.com/thechurchcav…
“It’s happening again! It is happening again!
Larry Heather.

My name is Patrick Ireland, living in the Philippines with my wife and two daughters. I have been studying the web for over a decade. Now that I am 60 years old, I am starting to apply some of the knowledge that I have gained. "Learn from yesterday, live for today, hope for tomorrow. The important thing is to never stop questioning." -Einstein.
Previous Scientists Warn, Magnetic Fields Shifting, Poles May Flip & Things Could Get Really Bad
Next High Activity on Pacific Ring Of Fire in 2018 What’s Going On?