Why Canadians are getting fed up with Justin Trudeau

Why Canadians Are Getting Fed Up With Justin Trudeau 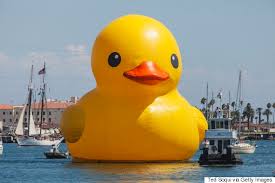 Free Background Stock. Le Grand Canard Du Jour. #There’s Another Fine Mess You Have Got Us Into, Justin! #No, ‘Sunny Ways’ And Many Broken Election Promises! #40% Approval Rating And Declining!

“We explore why Canadians are losing trust with the Prime Minister’s ‘sunny ways’.”
Dullat Network
Published on 13 January 2018.

The Shady History of the Trudeau Foundation

“Last Monday, interim Conservative leader Rona Ambrose wrote to the conflict of interest and ethics commissioner and to the lobbying commissioner, asking them to investigate Liberal fundraising practices — and in particular, whether people might be using donations to the charitable Trudeau Foundation to gain influence with the government.

My name is Patrick Ireland, living in the Philippines with my wife and two daughters. I have been studying the web for over a decade. Now that I am 60 years old, I am starting to apply some of the knowledge that I have gained. "Learn from yesterday, live for today, hope for tomorrow. The important thing is to never stop questioning." -Einstein.
Previous FLU – Biological Warfare ATTACK!
Next “Why in the World are They Spraying?” Documentary H.D. (multiple language subtitles)