Free Background Stock. The Third Day Of Spring And Days From Heaven. The Deep Freeze. #Unprepared.

“Earth faces another ICE AGE within 15 YEARS as Russian scientists discover Sun ‘cooling’
The Earth is heading towards another ice age as the solar magnetic activity is set to drop by up to 60 percent in the next 15 years.
Experts say that solar activity as low as it currently has not been seen since the mini-ice age that took place between 1645 and 1715 – a period is known as the Maunder Minimum where the entire Thames froze over.
A new model has allowed experts to predict solar activity with more accuracy than ever before and it suggests that magnetic activity will fall by 60 percent between 2030 and 2040.
The model looks at the Sun’s ’11-year heartbeat’ – the period it takes for magnetic activity to fluctuate. This cycle was first discovered some 173 years ago.
However, a mathematician has established a more up-to-date model that can forecast what the solar cycles will look like based on dynamo effects in two layers of the Sun.
Dynamo effects are a geophysical theory that dictates how the movement of the Earth’s outer core conducts materials like liquid iron across the magnetic field to create an electric current – this also influences fluid motion beneath Earth’s surface to create two magnetic fields along the axis of the Earth’s rotation.
Valentina Zharkova from Northumbria University applied this theory to the Sun and was able to predict the effects of solar cycles with 97 percent accuracy.
Ms. Zharkova said at the National Astronomy Meeting: “We found magnetic wave components appearing in pairs, originating in two different layers in the Sun’s interior.
“They both have a frequency of approximately 11 years, although this frequency is slightly different, and they are offset in time.
“Combining both waves together and comparing to real data for the current solar cycle, we found that our predictions showed an accuracy of 97 percent.”
Ms. Zharkova says the next cycle is set to peak in 2022, and the cycle after, known as Cycle 26, will herald a new ice age.
She continued: “In Cycle 26, the two waves exactly mirror each other – peaking at the same time but in opposite hemispheres of the Sun.
“Their interaction will be disruptive, or they will nearly cancel each other. We predict that this will lead to the properties of a ‘Maunder minimum’.”
During the Maunder minimum, temperatures dropped globally by 1.3 degrees Celsius.
Although it seems insignificant, it led to shorter seasons and ultimately food shortages.
The Maunder Minimum is also known as the “prolonged sunspot minimum” and is the name used for the period starting in about 1645 and continuing to about 1715
During this, 70 year period sunspots became exceedingly rare.
The phenomenon was only properly researched in 1976 when John Eddy published a scientific paper.
Astronomers before Eddy had also named the period after the husband and wife solar astronomers Annie Maunder E. Walter Maunder who studied how sunspot latitudes changed with time.
Climate models have shown that low solar activity interferes with the Jet Stream – the current of air and warm water which keeps Britain’s temperatures higher than they would otherwise be.
Thank you for watching! Don’t forget to like this video, and subscribe to the next newest info & knowledge videos.” 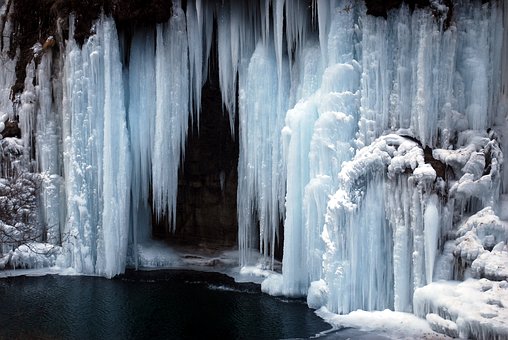 My name is Patrick Ireland, living in the Philippines with my wife and two daughters. I have been studying the web for over a decade. Now that I am 60 years old, I am starting to apply some of the knowledge that I have gained. "Learn from yesterday, live for today, hope for tomorrow. The important thing is to never stop questioning." -Einstein.
Previous To The Horror Of Global Warming Alarmists, Global Cooling Is Here
Next 2 Planets: Huge, Striped Fast-Rotating On FAA Weather Cam! Frighteningly Close To Earth. Mar 17 2018