Trending Self-Help News
Home / Personal Growth / Greg Caton: The Joys Of Psychopathocracy, Why Modern Governments In General Are Criminal & Visions Of Our Resurrection

Greg Caton: The Joys Of Psychopathocracy, Why Modern Governments In General Are Criminal & Visions Of Our Resurrection

Free Background Stock. The Joys Of Living Under A  Psychopathocracy In The Multiverse. The Term, “Psychopathocracy” Applies To Modern Governments That Do Not Serve The Interests Of The People, And Ruin Peoples’ Lives. #Living In A World That Is Controlled By Psychopathocracies.

Greg Caton: The Joys Of Psychopathocracy, Why Governments Are Criminal & Visions Of Our Resurrection

“The Joys of Psychopathocracy, Why Governments are Criminal & Visions of our Resurrection ACCESS FULL WEBINAR & BOOK LINKS https://newsinsideout.com/2018/01/web… WATCH WEBINAR ON ExopoliticsTV https://youtu.be/Zt5ylW_T2lg WATCH WEBINAR ON OmniverseTV Streaming https://gum.co/kisj WATCH WEBINAR LIVE ON FACEBOOK https://www.facebook.com/alfred.webre… The Joys of Psychopathocracy SUMMARY: Is Government inherently criminal? * If not, then why are there so many psychopaths running the show? * Must runaway Global Government necessarily end in planetary destruction? * If so, what recourse is available to ordinary people? These are some of the vital questions that are addressed in The Joys of Psychopathocracy. Building upon the previous work of American anthropologist Marshall Sahlins, the author extends his concept of “sectoral distance” to create definable “sectors” in the region of “negative reciprocity” (or what he calls “negaprocity”) to help categorize social institutions, including Government, in a new approach to social structural analysis. The results are presented in a clear and easy-to-understand model: Government, regardless of structure or type, is inherently criminal – a defect that no amount of tinkering or reorganization can change. The current global super-structure of interlocking Governments and NGO’s – the most extensive in recorded history – is the single largest contributor to the Holocene Extinction Event which is currently in progress. A point of no return has been crossed such that the current trend cannot be reversed. The book ends with a discussion of a coming Event that will serve to change the world for those who seek an escape. Read Greg Caton: “The Joys of Psychopathocracy: Why Criminality Is Essential To Effective Modern Government, Our Rebirth In The Wake of Their Destruction of Our World” https://www.amazon.com/Joys-Psychopat…

“This is a riveting interview. The book and webinar also explain similar events that are happening in Canada (45,000 cases being launched in the Supreme Court of Canada by Canadians against their government), and in other countries around the world. It is one of the most engaging videos and webinars that I have ever viewed that explains the workings of how many modern governments around this world are run as, Psychopathocracies. We are living in the last days of ‘reason’ that are left on this Earth. Please order the book from the author’s link to support his testimony.”

WEBINAR – Greg Caton: The Joys of Psychopathocracy, Why Governments are Criminal & Visions of our Resurrection

“The Joys of Psychopathocracy, Why Governments are Criminal & Visions of our Resurrection

Greg Caton book: “The Joys of Psychopathocracy: Why Criminality Is Essential To Effective Modern Government, Our Rebirth In The Wake of Their Destruction of Our World”

Greg Caton: “I haven’t been back to the United States since I came to Ecuador in 2011. I prefer this kind of discourse online because it’s easy for me and usually I am lost for words. There is a part of me that can’t even be on U.S. soil without experiencing post-traumatic-stress-disorder; and what they did to my family threatening to throw my wife in prison for nothing and saying, “You will agree to sign the plea agreement we have come up with or… I had to hide my son, a seven-year-old, I had to take my son and hide him so that Federal agents would use Social Services to state that I was an unfit parent.”

Greg Caton: “These are depths that cannot be plumbed, I mean the evil, how evil these people are. So to answer your original question I have no reason to believe that there is an indictment. I don’t expect to end up on Interpol most wanted list again with Osama Bin Laden, he’s dead. But nonetheless for me, it is a matter of comfort but I make myself totally available. If anybody wants to talk to me as a participant or as a speaker, I don’t close myself off to talking to anybody. I can give a thoughtful response to each reader who sends me an email who comments and send me something. I will respond to anybody whoever they are.”

Greg Caton: “But if I had my druthers honestly, I would rather not travel. I mean when you have been kidnapped by agents and stuck on a plane and forced to go through everything that I talked about in my book, it’s horrific. I had written a previous book, subtitled, “Living On The Precipice.” The title of the book is, “Global Corruption And The Supremacy Of Fake, And Reflections Of Near To Extinction.”

Greg Caton: “After I got out of prison briefly in the summer of 2004, it was something that I wrote to try and make sense of… it’s a very heavy thing when the world’s most powerful government comes after you with claws fully extended and makes you like you are the world’s worst person – I ended up in newspapers with Osama Bin Laden. Imagine that! On February 8, 2008, I was on the front page. I got calls from friends and family who were totally freaked out. The title on the front of the heading said, “Who Are The World’s Most Wanted?” And number one on the list was me!”

Alfred Lambremont Webre: “So you were framed?”

Greg Caton: “Well I mean, you have a very rich background in this area, far more extensive than my own, I mean you might have insights that even to this day that I don’t have; but I know that there were confounding factors I was given not one, not two, but three lie detector tests by an agent of the F.D.A. I mean, why is this even their business? Three lie detector tests trying to find out where all these non-existent assets were; and this all comes out of this Department of Justice, based on this thing called the “Office of Asset Forfeiture.” They create federal crimes if you have assets that they want. They will create the crimes to fit what they want to confiscate, it’s insane!”

The interview does continue, please follow the link to hear the entire transcript. Permission has been acquired from the authors. The interview was conducted with  Alfred Lambremont Webre, JD, MEd – Exopolitics and author Greg Caton, who describes how he and his family were framed by the F.D.A. in collusion with Kevin Trudeau who lied about this man’s alleged offshore assets to the U.S. authorities which resulted in the imprisonment of an innocent man who was torn away from his family and had his life completely ruined.

“This is one of the worst cases of human rights abuse that I have ever listened to. Why was this man imprisoned, framed and set up by the United States – For being a “Herbalist.” He is now a renowned author not living in North America.

THE TWO WITNESSES OF THE BOOK OF REVELATION REVEALED

“And there was given me a reed like unto a rod: and the angel stood, saying, Rise, and measure the temple of God, and the altar, and them that worship therein. But the court which is without the temple leave out, and measure it not; for it is given unto the Gentiles: and the holy city shall they tread under foot forty and two months. And I will give power unto my two witnesses, and they shall prophesy a thousand two hundred and threescore days, clothed in sackcloth.” Revelation 11:1-3 KJV

WEBINAR – Greg Caton: The Joys of Psychopathocracy, Why Governments are Criminal & Visions of our Resurrection 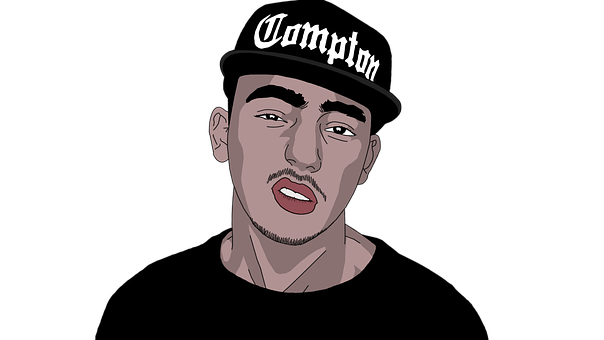 My name is Patrick Ireland, living in the Philippines with my wife and two daughters. I have been studying the web for over a decade. Now that I am 60 years old, I am starting to apply some of the knowledge that I have gained. "Learn from yesterday, live for today, hope for tomorrow. The important thing is to never stop questioning." -Einstein.
Previous What Are The Rights Of Canadians Under The Constitution And The Charter?
Next “DAYS OF NOAH” – REMNANT CHATROOM & FELLOWSHIP – STEVE QUAYLE