How a 10-Day Silent Retreat Helped Heal My Grieving Heart 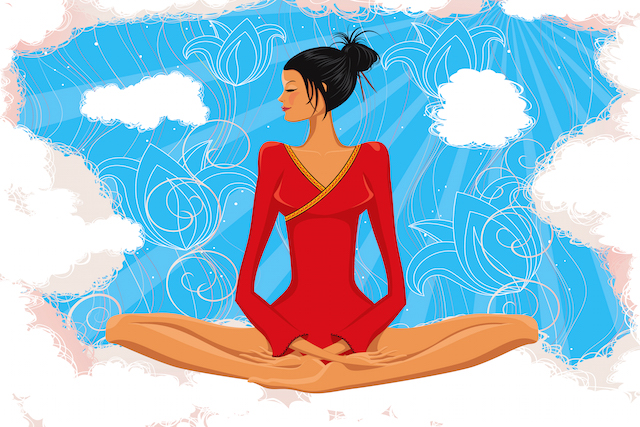 “In a retreat situation, you are forced to come face to face with yourself, to see yourself in depth, to meet yourself.” ~Lama Zopa Rinpoche

When I was at university, doing a ten-day silent Vipassana meditation retreat was considered a hardcore rite of passage only the toughest among us attempted. Those who lasted the distance referred to it as a “mind-blowing” and “life-changing” experience.

“Think of how you feel after an orgasm,” a friend said when I considered finally doing a Vipassana mediation retreat to reconnect with myself after a decade in full time employment. “Imagine feeling for two months like you’ve just had the most powerful orgasm.”

I couldn’t. I really couldn’t imagine how ten days of enforced intimacy with my own messy mind would result in two months of post-coital bliss. Nor could I imagine sitting still and keeping silent for ten days. Nor was I prepared to sacrifice half of my annual leave to find out.

What finally got me to commit to the meditation cushion for a ten-day marathon of silence was a shattered heart. I needed a radical act of self-care.

I had just spent two long years caring for my terminally ill husband. His funeral was followed three weeks later by the largest cyclone in Australia’s living memory. It made landfall within meters of my veranda, destroying an entire community. In the confusion that followed, I found things out about my husband that would have been best buried with him.

I was shell-shocked, as if a bomb had detonated inside me and ripped my heart to shreds. A psychologist suggested happy pills. But I wasn’t interested in medicated happiness. I didn’t even want the post-coital bliss my friend had spoken of.

I just wanted to feel whole again. The psychologist advised against a ten-day silent meditation retreat. It was too dangerous, she said. There wouldn’t be anybody there to catch me should I crash hard.

But I knew that only I could pull myself up from the abyss. Avoiding my grief was not an option. I needed to confront my pain head on.

Two months after my bereavement, I took myself off to an austere meditation center in Sri Lanka to follow the teachings of S. N. Goenka.

Here is what I learned:

Impermanence is the foundation of everything.

When I showed up at my first ten-day silent meditation retreat, I had just witnessed the impermanence of everything, and it had left me devastated.

Sitting in meditation for ten hours a day, continuously scanning my body, becoming aware of the rising and falling of my physical discomfort, I learned to accept that everything in life is constantly changing.

In the afternoons, when the meditation hall turned into a sun-drenched hothouse, the physical discomfort of sitting still became almost unbearable. Resisting the urge to shift my legs or scratch my sweaty head taught me to become a detached observer.

Every day a cool evening breeze would follow the intense afternoon heat. The tickling of my scalp, the tingling in my legs, the stiffness in my hips, all of it fell away as day turned into night and I stretched out on my rock hard mattress.

By observing what was happening to my physical body, I learned to trust that emotional discomfort and pain rises and falls in the same way as physical pain does.

Meditation teaches you how to become a detached observer.

I learned to focus on my breath, to feel it rising and falling. I practiced watching my mind fill with dark clouds, like a lake with storm clouds reflected on it. I glimpsed brief moments of clarity as I allowed the clouds to drift by. I learned to label my emotions and set them free rather than stay attached to the pain.

I learned to train my mind to be in control of those dark storm clouds that kept on brewing. They didn’t magically disappear as I sat in meditation ten hours each day. But I learned not to chase after them and become swept up in every little tempest that flared up.

I learned to simply watch what was going on in my mind. It felt like watching a giant movie screen from the back row of a cinema.

Meditation teaches us that we can control our emotional pain. By focusing on the breath, we are able to step back, assume the position of a witness, so that it doesn’t overwhelm us.

It’s a lesson I’ve taken with me into everyday life. When a friend says something hurtful or when someone cuts me off in traffic, I know how not to be reactive.

Meditation gives you a new perspective on who you are.

As I sat and listened to the constant chatter in my head for ten days, I realized that our identities are a product of the stories we tell ourselves.

Old stories from the past showed up. The tortured narrative of my dysfunctional family suddenly made sense. My parents had remained attached to the narrative of their suffering as deprived war children. Unable to craft new stories for themselves, this victim narrative defined them in adulthood.

Sifting through the details of the aftermath of my husband’s death, trying to make sense of his unfaithfulness, I understood that I had been given the tools to rewrite that story.

I couldn’t undo what had happened. I’d never be able to have another conversation with him to set the record straight. I couldn’t give our story a happy ending. But I had the tools to use what I had learned to craft a new narrative for myself.

One stifling hot afternoon, focusing on the beads of sweat forming on my forehead, my focus became laser sharp.  I understood that if I didn’t want to live my life by the victim narrative, if I wanted to be in charge of myself again, if I didn’t want to turn into a bitter woman with a prematurely aged face, I needed to forgive those who had compounded my suffering.

Writing to the women whom I had considered my worst enemies was profoundly liberating, both for me and them. We were able to make peace with ourselves and with my philandering husband.

Suffering is an inevitable part of life.

All of life is suffering. It’s one of the key principles of Buddhism. Human nature is imperfect as is the world we live in. The Pali word Dukkha means suffering, discontent, unsatisfactoriness. We all experience varying degrees of suffering all the time.

Some of us had come to the retreat feeling stuck in life, stressed by our jobs, frustrated in our relationships, directionless and ready for some kind of transformation. I wasn’t the only who had brought a deep feeling of grief to the retreat.

I was the only one who had lost a loved one, but grief has many faces. Some of us were grieving collapsed marriages or failed relationships. It made me aware that we will all experience deep sadness in our lives, not once, but many times. It made sense to learn how to deal with it.

Life had just dealt me an overdose of suffering as if to hammer home this important point. Sitting with my physical and emotional pain for ten seemingly interminable days forced me to make friends with it.

I was able to put it into a new perspective. I hadn’t died, I hadn’t lost a limb, I had no permanent battle scars. My adopted hometown would recover, the ravaged landscape would heal, and so would I.

I realized that being able to hold my husband in death, to comfort him on the journey through his terminal illness, had been a chance for deep transformation. I understood that we are in charge of how we respond to suffering.

Burying my husband and sorting through the debris after a category five cyclone had shredded my hometown to bits, I had glimpsed how suffering is linked to attachment. Sitting on my meditation cushion for ten days, I grasped the core of the Second Noble Truth that all suffering arises from attachment.

We are all driven by our desires and cravings. Our unhappiness is a result of our tendency to cling to or grasp at what is unattainable. We become attached to material things; we want to hold onto happiness; we chase after pleasure and we are in denial about the impermanence of everything.

As expected, I didn’t explode in multiple orgasms, nor did I crash into the bottom of the abyss, both of which would have been a form of attachment.

On the last day of the retreat, when we were at last released from our vow of silence, everybody was experiencing some kind of high. Something fundamental had shifted for all of us.

Endless chatter quickly replaced our noble silence. Having sat side by side, experiencing the full rainbow of emotions, we were keen to share our experiences.

A small group gathered around a self-confessed retreat junkie, who glowed like a 3D postcard version of the Buddha, sitting in full lotus pose for most of the retreat. He had made it his life’s purpose, he explained, to go from retreat to retreat so that he could stay permanently within that blissed out sate.

I was tempted to quote one of our teachers that it’s just as dangerous to get attached to bliss as it is to get attached to pain and suffering. The aim of meditation is to let go of any form of attachment. But I bit my tongue, because I knew that he would need to find that out for himself.

Meditation is a personal self-care tool we all have access to.

Of course the ten-day meditation retreat didn’t magically cure my pain. It took many more weeks, months in fact, on the meditation cushion to heal my heart. But with every retreat I was inching a little further away from the abyss.

Six years on, I have found love again. My house has been repaired and my garden has grown back into a lush jungle. Life continues to ebb and flow, oscillating between moments of happiness and suffering.

You don’t have to be at your personal rock bottom to experience the life-changing benefits of a silent meditation retreat. What I learned has stayed with me. Meditation remains my personal self-care tool that allows me to negotiate the inevitable ups and downs of life, from the trivial to the tough stuff.

Kerstin Pilz Phd, is a former academic with twenty years University teaching experience, a 200 RYT accredited yoga teacher, writer, and enthusiastic photographer. She’s based in Vietnam and offers journeys of creative self-discovery, online & on retreat. Read here about her upcoming retreat in Bali, check out her blog at writeyourjourney.com, or connect with her on Facebook and Instagram.

My name is Patrick Ireland, living in the Philippines with my wife and two daughters. I have been studying the web for over a decade. Now that I am 60 years old, I am starting to apply some of the knowledge that I have gained. "Learn from yesterday, live for today, hope for tomorrow. The important thing is to never stop questioning." -Einstein.
Previous Sometimes the Safe Path is Not the Right Path
Next Fig Jam Flatbread with Roasted Garlic