Free Background Stock. The Theory that Cern Has Torn The Veil Of Our Reality And Destroyed Our Present Universe, Is Correct. #The Evidence Is Overwhelming~We Have Been Thrust Into An Adjacent Parallel Universe. #Child Genius Max Laughan, Confirms The Truth.
“Max Laughan the star child, boy genius explains how there are infinite universes with infinite possibilities, how the Mandela effect could have happened and how CERN may have actually destroyed our last universe!!! *If God is all powerful can he make an immovable object then move it*? Absolutely mind-bending stuff!. A huge thanks for all the support for Max and his message, thanks also for all the kind comments.”
CONSCIOUS COLLECTIVE
Published on 3 May 2017. 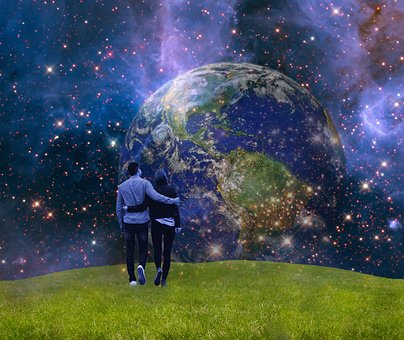 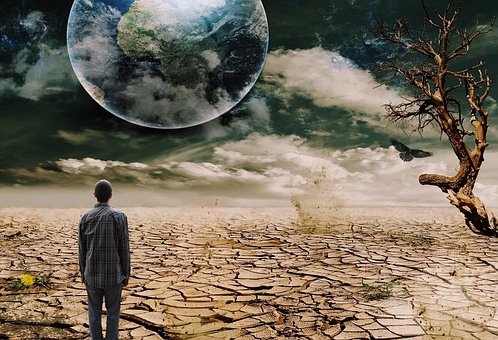 “Wormwood conspiracy Confirmed – Planet X and Earth 2 – Did Cern open a portal to Nibiru? What is actually going on? Are Chemtrails a big coverup? Initial video source: Another Earth (2011)”
THAT IS IMPOSSIBLE

What Happened In 2012 When CERN May Have Affected Our Reality? 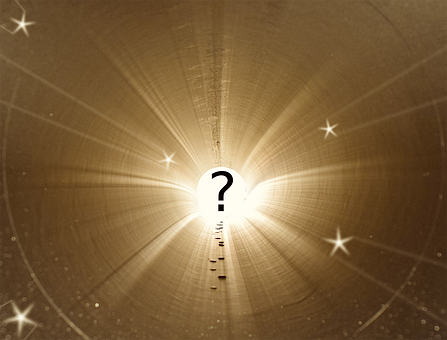 Free Background Stock. What CERN Has Done May Remain A Mystery To All Of Us. #It Is Not Good To Play God.

What happened in 2012 when CERN may have affected our reality? I know that on a personal level, some extraordinary changes have occurred in my life. I had been suffering from certain health problems in Canada which rather mysteriously went away during the past six years in time. I am not complaining about that fact, as I am a very healthy man today, in my present reality.

What else happened to me? I met my wife in Canada over four years ago and in the midst of some of the issues with my health that I was dealing with in Canada, we got married and she became pregnant with our youngest daughter Maria, who was born in the Philippines, we just celebrated her fourth birthday on 2/6/2018. My life has been like a step into another dimension of reality during the past four and a half years time, during the timeframe of over the past six years did the supercollider experiments in CERN tear the Veil of our existence casting us all into another place, and into another timeline? Into another facet of reality?

What else happened to me? I started this blog a little over two years ago, when my life-experience of being a fence-sitting agnostic, also changed; I became a Christian, and I finally began to find my spiritual life in a rather meaningful way. I have written many articles concerning my faith in this blog, as this instrument has been a very important facet of my personal spiritual journey. After seeing the state of this world, there were only two choices, to follow the ways of Barabbas or to follow Jesus, I chose to follow the King. So it hasn’t been all that bad, but during the past six years when this whole CERN thing began, in retrospect, there have been some extraordinary changes in my life; and this blog encompasses an important part of the changes that I have experienced.

What about 2012? Did CERN tear the veil of our reality and have we been thrust into a parallel universe as a result of the experiments that they have been conducting in Switzerland? Was the now famous hand-printed sign being held by the CERN scientist in his office, stating, MANDELA EFFECT, revealing the truth, about what is going on today?  Did the old earth and our previous universe become destroyed and do we now find ourselves living in an adjacent and parallel replacement-universe?

Are the changes in our experiences, the changed writings in the Holy Bible and in many scripts and titles of many films and books and literature offer an additional testimonial to the fact that many of our recollections and experiences appear to have changed since 2012? I will allow our readers to decide those answers for themselves. Have we stepped out of the reality of our previous experiences and into a sort of, ‘Twilight Zone’ of existence, into a parallel universe of sorts, since 2012?

A young man named Max Laughlan and many other theoretical physicists seem to believe that this may be the case. What about all of the strange weather events that have been dramatically occurring on our earth since CERN began its experiments in 2012? It is very strange but I do not recall any of these present changes and transformations as existing prior to the year 2012, do you? We are now experiencing massive weather changes and physical and tectonic and tidal changes on our earth. Scientists have confirmed that we are also entering a Grand Solar Minimum and we are in the beginning stages of another Ice Age. What about all of the extraordinary images of exoplanetary systems appear to be visible in our skies today? What about all of the receding oceans and flooding that are occurring around the world? Is the earth experiencing dramatic upheavals and natural disasters as a result of the weather changes that are happening everywhere? Are all of these events to be set aside as coincidences and discounted by the majority of humanity, or is something else going on? What about the seeding our skies with chemtrails and nanoparticles that are being ingested as black dust into our bodies. Patents are revealing the existence of a trillion dollar industry that has been devoted to the introduction of nanoparticles and nano foods that we have been consuming now since the late 1950’s, within my lifetime, because I was born in 1956; these patented technologies have been in existence since 1959, in our present timeline.

What does God think about the elite and their worship of the antithesis, the Antichrist, the one who roams this earth? All is being now revealed about the practices of the elite in this reality. They are imposing a control over the rest of humanity using D.A.R.P.A., C.E.R.N., and many other technologies for which they have controlled the banks and they are in control of many governments in developed countries around this world. In this timeline that place that we are living in is controlled by very evil men with bad intentions toward the rest of humanity. What about what has been revealed regarding the child-trafficking practices of the elite and their taste for the blood of other humans and children; their death cults are being revealed all over this world through the non-fake and non-mainstream media. Will Jesus and God the Father, come to judge this world for the sins that man has created in this reality? Let us leave the answer to that question for our readers to decide.

Free Background Stock. A New Dawn Or The End Of Days?

‘Parallel Universes DO Exist’: Multiple Versions Of Us Are Living In Alternate Worlds That Interact With Each Other, Theory Is Now Proven To Be A Reality

“Ripples in the space-time continuum were discovered by physicists in 2015. They actually measured the force and the data. This is what has opened this huge realization that parallel universes do exist. We are living in one layer of a two-dimensional reality that exists and interacts with an infinite number of parallel worlds, we are constantly interacting with the third and fourth dimensions. The fourth dimension is time itself. Quite an eye-opener!”
Patrick Ireland – Publisher of www.patrickirelandsreviews.com
Please follow the link to read the original article. Under Fair Use.
http://patrickirelandsreviews.com/parallel-universes-do-exist-multiple-versions-of-us-are-living-in-alternate-worlds-that-interact-with-each-other-theory-claims/ 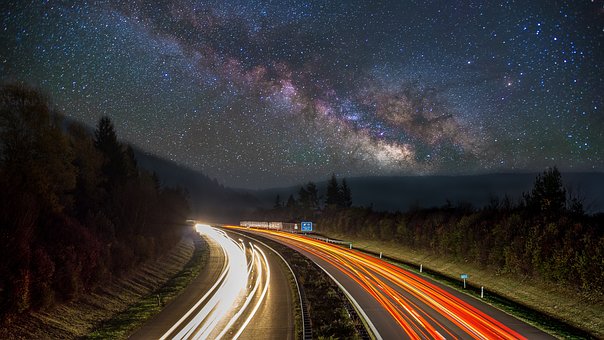 Free Background Stock. Dimensions, Which Universe Do We Find Ourselves In?
“The Cold Spot in the cosmic microwave background radiation has led astronomers to speculate the possibility of parallel universes. What Is Beyond The Universe? – https://youtu.be/ghaZf1ODia0 Sign Up For The Seeker Newsletter Here – http://bit.ly/1UO1PxI Read more: Universe Older Than Thought, New Map Reveals https://www.seeker.com/universe-older… “Astronomers first discovered the CMB by accident in 1964, and have been studying it ever since because of the precious clues about the universe’s beginnings embedded in it.” Our Universe Has 10-20 Times More Galaxies Than Thought https://www.seeker.com/galaxy-populat… “A new headcount of galaxies in the observable universe turned up 10- to 20 times more galaxies than previous estimates, bringing the tally up to as many as 2 trillion, a new study shows.” Multiverse: have astronomers found evidence of parallel universes? https://www.theguardian.com/science/a… “Each alternate universe carries its own different version of reality. There will be one where you wrote this column and I read it; one where the Guardian is an alt-right propaganda rag; even a really weird one in which Donald Trump uses twitter to spread nothing but amusing cat videos.”
Seeker
Published on 1 Jul 2017 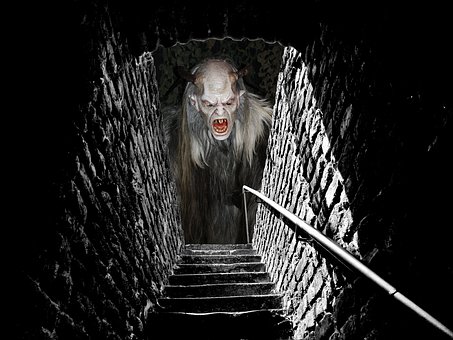 Free Background Stocks. Demon Hunters. #Are We Hunting The Demons, Or Are They Hunting Us?

Be sure to sub to NIBIRU Ship (Apollyon the Destroyer) Research Team! “No More Hiding Wake Up”, “Chris Beaton” and “Chief 2” Channels!

To catch please watch the following!”

Jonathan Kleck “We are Exiles” A must see!!

“We will have to repent in this generation not merely for the vitriolic words and actions of the bad people, but for the appalling silence of the good people. Martin Luther King, Jr.” 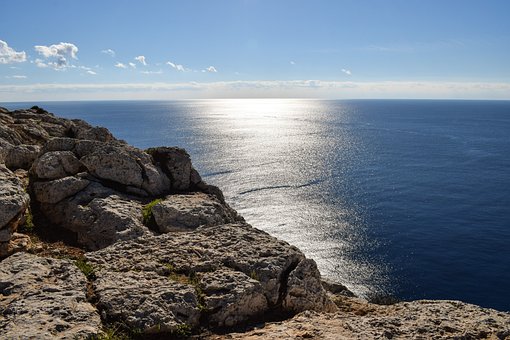 Free Background Stock. Beyond the view to other districts and to infinity.

Fallen Angels And Muses Of The Dark Realm (C.E.R.N) 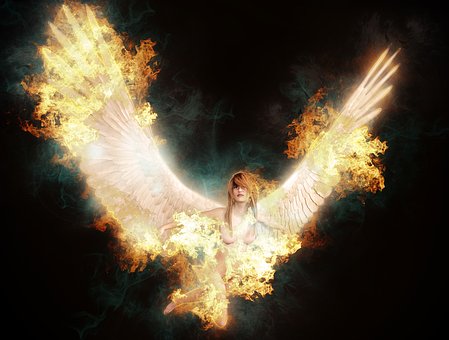 Free Background Stock. The Fallen Angels Of Another Realm #Wings On Fire 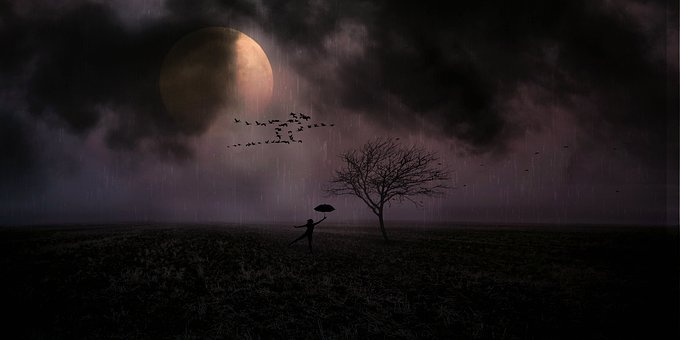 “There is no real definition for this song. It’s whatever you think it is. The meaning is different for everyone….”
Ine RP Braat
Published on 18 Oct 2016

My name is Patrick Ireland, living in the Philippines with my wife and two daughters. I have been studying the web for over a decade. Now that I am 60 years old, I am starting to apply some of the knowledge that I have gained. "Learn from yesterday, live for today, hope for tomorrow. The important thing is to never stop questioning." -Einstein.
Previous AI Self-Replicating Nanobots Inside Us All; Target Humanity
Next GLOBAL STOCK MARKET SELLOFF! Markets Tumble as Volatility Goes Haywire!