On the Road Again… 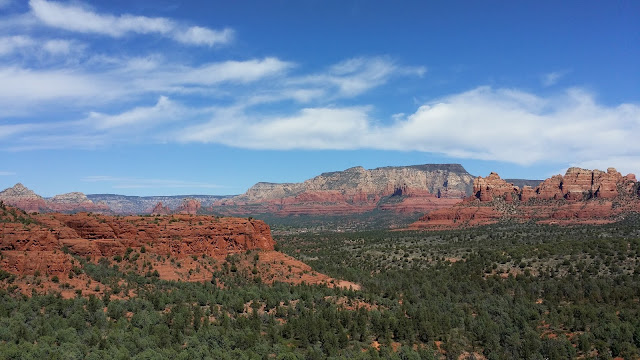 Are you ready for a blog post chock full of healthy travel tips, amusing anecdotes, surprising discoveries, inspiring advice, and breathtaking photos of scenery and wildlife?

Oops, sorry! You probably want to type a different URL up there in your search bar. Did you not realize this was Cranky Fitness?

As it happens, I’ve done some decent “on the road” posts before, both of the “holy crap look how pretty this is” variety, as well as the “here’s how to exercise at gas stations even if people think you’re a psycho” kind. But we’ve only got a brief layover on this, our eleven thousandth cross-country schlep, and there’s laundry to do and email to catch up on and other miscellaneous shit to take care of while we’re not rolling down the road at 75 miles an hour.

But for today, I do have at least a few hiking pictures and one Important Cross Country Road Trip Lesson Learned.

The Lesson Learned? Take at Least One Day to Do Something Awesome.For us, that was a totally gratuitous stop in Sedona, Arizona for a day of hiking. 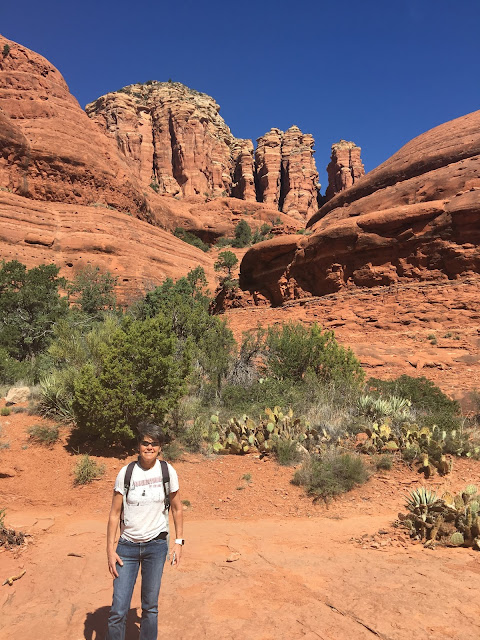 It wasn’t too far a detour, though it wasn’t by any means “on the way.” We’d been before, we could have easily skipped it and been more practical.
But fuck that. We wanted something to make the thousands and thousands of miles feel more like an adventure and less like a long-haul truckers’ day job.
The hike we ended up on wasn’t our first choice. We underestimated how popular the trails (and thus the parking lots) might be, and didn’t get out early enough. 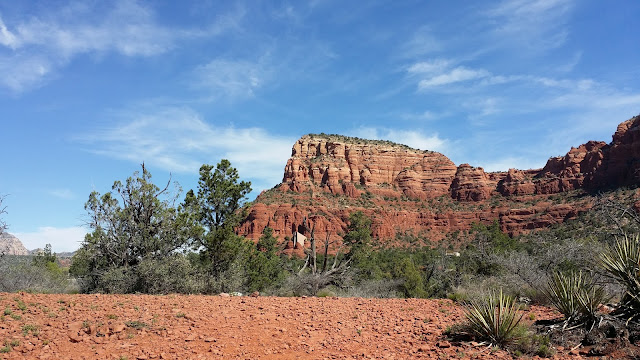 But we could not have been happier with our hike, and the further we went, the fewer other people there were until we were all by ourselves, just us and the rocks! 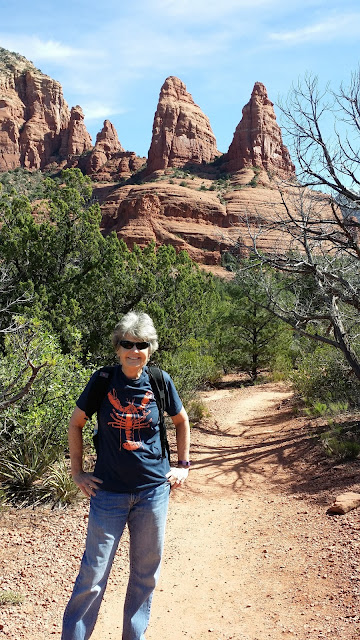 The trails were extremely well-marked. 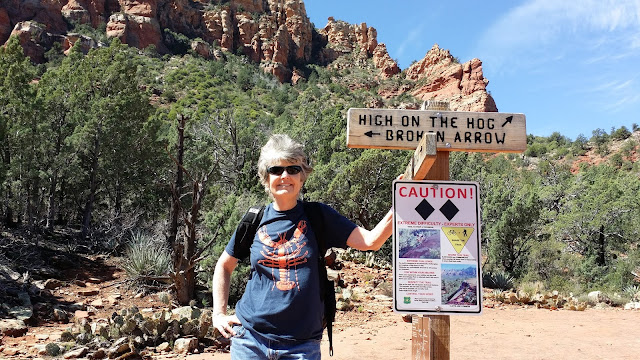 High on the Hog? Our Kinda Trail!

One missing sign sent us scurrying up a dry creekbed instead of a the real trail. (Detour not pictured, alas). Having been warned we were in an “extremely difficult” section of trail, we persevered way too long up steep slippery slopes until our natural tendency to say “fuck it” finally kicked in and we headed back down to the much more reasonable path we were supposed to be on. (We later figured out that the difficulty level was probably aimed at the mountain bikes, ridden by far more fearless types that we will ever be. Because the real trail wasn’t bad at all for hikers).

But thank goodness for cowardice and capitulation, right? Otherwise we’d still probably by stuck on some narrow ledge miles in the sky, fighting over the last of the turkey jerky, awaiting helicopter rescue.

However, that momentary miscalculation didn’t even begin to dampen the incredible day.  We loved every second of it and only wished we could stay longer. Sedona is always going to be one of those “must come back to” destinations. 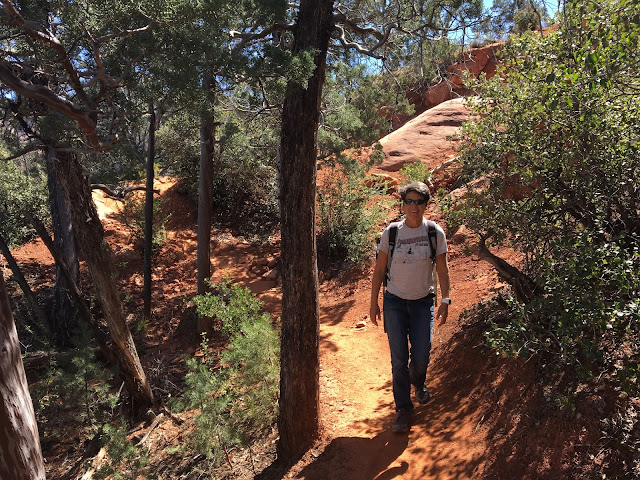 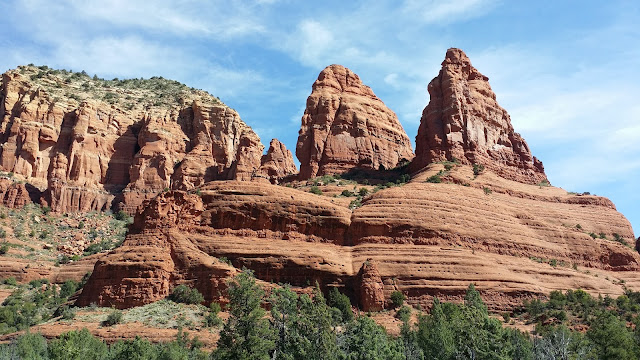 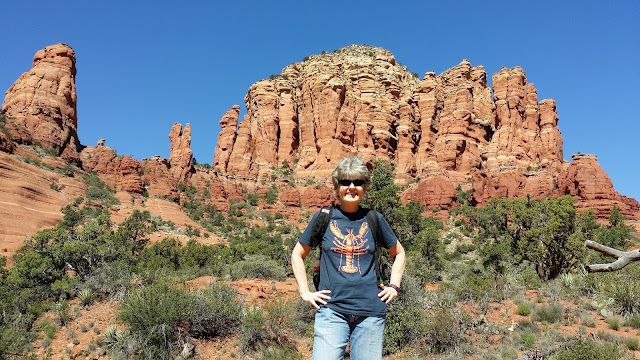 Note: I still won’t rule out a future “healthy travel tips” update though, since I’ve got a bunch of boring just-in-case pictures of hotel pools and fitness rooms, plates of fast food adulterated with bizarre and theoretically healthy ingredients we take with us, some rest-stop action shots, etc. (And of course a bunch of pics of the Lobster and I posing in restaurants with various alcoholic beverages, because, well… um… I’ll get back to you on that). 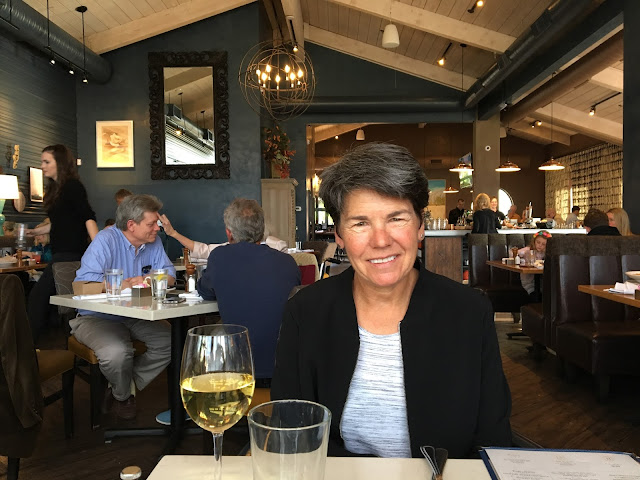 (I have no idea what New Age Forehead Poking Ritual is going on back there.)

Anyone got any Road Trip Tales or Tips? Anywhere you’d like to head off to?

My name is Patrick Ireland, living in the Philippines with my wife and two daughters. I have been studying the web for over a decade. Now that I am 60 years old, I am starting to apply some of the knowledge that I have gained. "Learn from yesterday, live for today, hope for tomorrow. The important thing is to never stop questioning." -Einstein.
Previous Vegetarian Lunch, Three Ways
Next 11 Life-Changing Lessons I Learned from My Mother After She Died