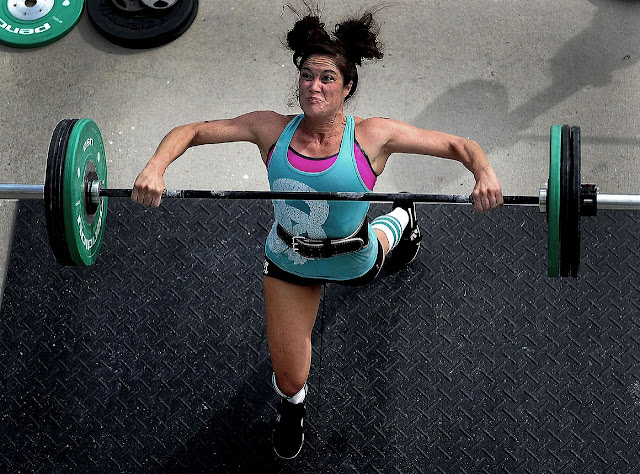 So yeah, wary Cranky Fitness readers may be wondering, which kind of “resistance” are we talking about here?

The answer is: both!

I will “resist” the temptation to start from scratch with a long explanation about the many health benefits of strength training. You know already it’s good for your body, plus psychologically it makes you feel all badass and fierce and not-to-be-messed with. So you’re going to do some, right?

But there are so many websites and apps out there that it can seem too overwhelming and complicated to design a routine. Especially for those who don’t have an abundance of equipment at their disposal.

But I just came across a great link recently posted at The Hub by Tiffany Reiss (who has contributed some great blog posts here in the past), and it impressed me as being one of the most simple, straightforward, and speedy compilations of bodyweight resistance exercises I’ve seen before. So I thought I’d share it.

It doesn’t craft your routine for you–which it shouldn’t, because it doesn’t know if you can already lift a grand piano or can’t wrangle a gallon of milk into the refrigerator. But it gives you quite a few options at different levels. (It even theoretically comes with an app so you can haul it with you when you work out, a handy feature for those of us with too few brain cells willing to commit to retaining and retrieving information. But I couldn’t get the link to work myself, so you may just want to play the video itself on your phone).

Here’s the youtube link in case the embedded video below is hosed for any reason:

Also, if you’re looking for an even more comprehensive guide to resistance training, from beginner routines through hardcore bodybuilder stuff,  I’d also recommend the encyclopedic ExRx. It’s one of the ugliest fitness sites in existence, but there’s a crapload of information in there.

But yeah, I seem to be compelled once again to address a different sort of resistance. 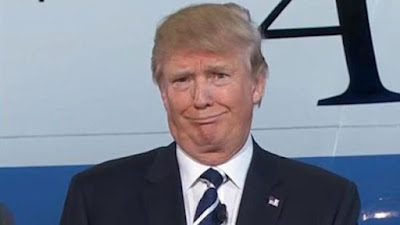 (Do you see kitties? I do!
Thank god for maka)
No amount of press coverage of one outrage after another seems to sway a significant portion of the country. They will keep voting based on anger, vague (or explicit) prejudices, wishful thinking, or just plain orneriness. But I don’t think they’re in the majority.
I suspect there are a lot of people “in the middle” whom I believe are good people, also concerned with scary way things seem to be going. Maybe they were just confused, or angry? Perhaps they found themselves momentarily overcome with emotion and impulse, casting a vote for Donald Trump the same way one might scarf an entire pepperoni pizza or a carton of ice cream, even knowing it might not be the wisest choice going forward? It feels good to vent anger! And gosh, who would believe that a careless emotion-based vote might cause that nice family down the street, the one whose little girl has leukemia, to lose their health insurance and never be able to get any again because of a pre-existing condition? That couldn’t really happen, right?
So yeah, I’m being offensive again I know, and will probably lose more readers, but I’m scared and angry and I can’t seem to keep my mouth shut.
To those of you who are still left: It’s true, mid term elections are still a long ways off and won’t be likely to deliver much relief unless people get and stay engaged. So let’s get moving, shall we? We can’t just sit back and normalize this.

1. Take to the Streets

I’ve already lost a number of readers over this, and some I’ll really miss. But I don’t think this is just a “normal” political squabble. As hyperbolic as it may sound, I believe the fundamentals of our democratic system are under attack, and we are facing the rise of an administration as dangerous, ignorant and unprincipled as any we’ve ever seen in the U.S.

I’m posting this on Martin Luther King Jr Day. It’s good to remember that historically, ordinary people getting out of their houses and turning out for causes they believe in has made a difference. It is unlikely you will have to contend with fire hoses or attack dogs, but you may miss a Zumba class. I say, go for it. Protests get news coverage, and disrupt the narrative of a docile, complacent electorate willing to let incompetence and corruption slide. Plus, bonus: protests and criticism of any kind give the Great Orange One hives.

I really really wish I could be in D.C. for the Women’s March on Washington, but I also think it’s important that we march locally too, so check to see if there’s a Woman’s March in your area.

I’ll be marching in San Diego.

But what if you’re not a woman or have other issues you want to highlight? Not a problem! Huffington Post has a compilation of AntiTrump Protests, not exhaustive but there are quite a few. (Note, annoying video sound may play, mute your speaker first). And I’m sure a little industrious googling with your local info may dig up something closer to where you live.

2. Harass Your Congressional Representative Effectively. Or Thank Them!

Facebook petitions that circulate only among your liberal friends don’t help anything.  What does?

There are tricks to getting heard and influencing elected representatives. To find thes out, download the Indivisible Guide.

I mean really, take a second and do it. It’s prepared by former congressional staffers who know what the hell they’re talking about.  They have sneaky tips, some you might not think of. Then follow up and call or write or show up somewhere, particularly if you live somewhere Outside the Liberal Bubble.

3. Volunteer or Send Cash
Money and manpower are going to be needed to fight this battle.

Time magazine has a list of Anti-Trump charities (warning, sound), as does Slate. No doubt there are local organizations that will need your help too, and there are tons of various suggestions all over the web.

4. Try to be Extra Nice to The People Around You.

This doesn’t mean saying silent in order to be “polite” if someone says something clueless and offensive. But it’s definitely a time to be careful about how we express ourselves. I’m know I’ve been guilty of a little obnoxiousness myself and have resolved to walk myself back a little, even if I ain’t gonna shut up entirely.

Because even the most justified anger and fear aren’t a good excuse for rudeness. Conversely, try going out of your way to be kind and compassionate to others, even if it’s just being sweet to some lonely old semi-delusional dude in a grocery store line who would happily vote to deport you or invalidate your marriage or make sure you can’t have birth control. This “being nice” stuff is healing and restorative. (We’ll just kick have to kick his ass at the voting booth next time we get the chance).

How about you guys, are you planning any Resistance this week, of either the physical or political variety?

My name is Patrick Ireland, living in the Philippines with my wife and two daughters. I have been studying the web for over a decade. Now that I am 60 years old, I am starting to apply some of the knowledge that I have gained. "Learn from yesterday, live for today, hope for tomorrow. The important thing is to never stop questioning." -Einstein.
Previous 5 Happy and Positive Habits I Learned in Recovery
Next The Two Biggest Mistakes Newly Single People Make