Transactional Analysis Simplified, For Everyone 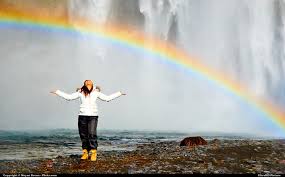 Emotions can be your enemy, or they can be your friend. Hidden, behind all of our behaviors, are positive emotions and negative ones. When negative emotions dominate us, we have negative thoughts, resulting in negative expressions, or behaviors. There is a balance to be achieved, in weighing the difference between negativity, and living a positive life. Here is a simple formula, based on the Psychology of Transactional Analysis, that will work for everybody.

My name is Patrick Ireland, living in the Philippines with my wife and two daughters. I have been studying the web for over a decade. Now that I am 60 years old, I am starting to apply some of the knowledge that I have gained. "Learn from yesterday, live for today, hope for tomorrow. The important thing is to never stop questioning." -Einstein.
Previous Oh, Lucky Girl!
Next The Importance of Pets for Calm, Centering, and Self Improvement. Pet Therapy