When Exercise Plans Go Awry: The Ball’s in Your Court 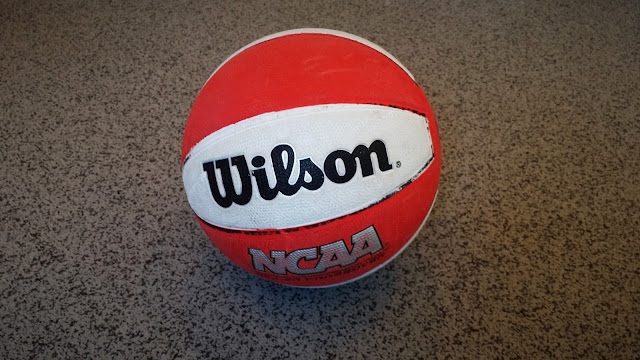 Yep, as you can tell by my accent, I’m still in Texas. Our place in Provincetown Massachusetts is still undergoing renovation.

And how’s that going?

Since our move-in date is fast approaching, we were curious ourselves. So a few days ago some kind friends of ours stopped by the place to snap an encouraging picture for us and… 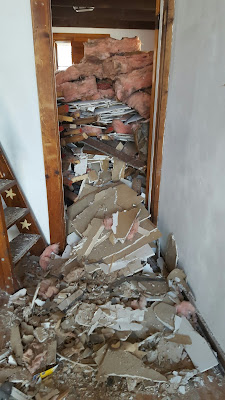 Still a little work to do, apparently.

Of course there are all sorts of tempting analogies I could draw between home remodeling and fitness. Because home improvement and self improvement projects have a lot in common, right? Both require patience, planning, determination, a long-term perspective, and copious amounts of alcohol.

Wait, there’s something not quite right about that list. Something’s on there that really shouldn’t be. Ah yes, you’re all ahead of me here: it’s planning.

Screw planning. Whatever you plan for? Some other different shit is going to happen instead.

So how about a real life example of Coping When Best Laid Exercise Plans Go Awry?

Note: This post was actually supposed to be about Transcendental Meditation. That was next on my list, yet I don’t feel like writing it.  It’s going to be a mess. I have a lot of confused thoughts and ambivalent feelings about it, plus, it needs a bunch of research and resources and links and stuff.

So instead you get: a day in the life of Crabby McSlacker as she attempts to work out in less than optimal conditions.  From which you can draw inspiration, or alternatively, find yourself grateful you have an actual life.

As it happens, I’m writing this from a hotel room in Plano, Texas. I’m not Austin right now, part of a family visit thing.  So I don’t have my normal gym to go to.

But no worries, we’re staying at a Homewood Suites! Homewood Suites are generally pretty good about having a fitness rooms, and this one even had a pool.  I brought my swimsuit and was hoping to do my not-yet world famous Aqua-Aerobics for Cowards workout.

However, on further investigation I discovered several horrible unexpected surprises:

1.  The pool looked inviting but was, tragically, unheated. 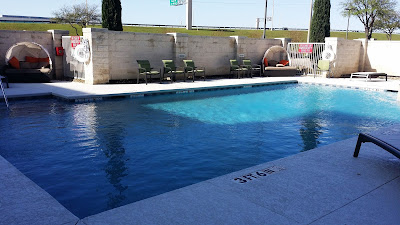 2.  When I decided to work out in the fitness room instead, I discovered, upon getting dressed, that I’d forgotten to pack my sports bra. I could make do with the regular kind, I had an extra, but still. It put me in a grumpy mood.

3.  The fitness room did have a couple of elliptical machines, but not my favorite kind, the Precor ones with an adjustable incline. They didn’t even have the much less satisfactory Precor model without the adjustable incline.  Instead, they had some shitty other brand I don’t like, a brand so substandard it forced my camera to take dark, blurry depressing photos. 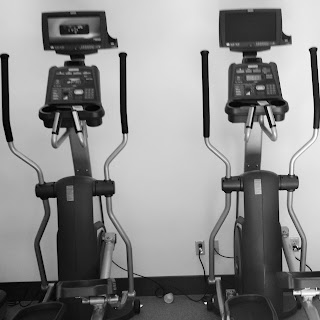 Very. Very. Sad.
(Does this all sound fairly insane?  Well, it should, because it is.  Yet it’s real for me. I was expecting a PreCor, I wasn’t in the mood to exercise to begin with, and I knew I would have a miserable workout.)
4. I didn’t feel like doing strength training. 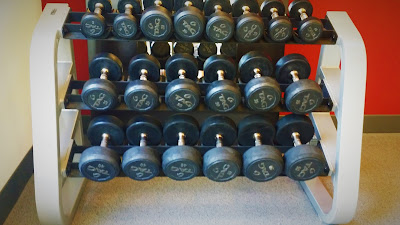 Okay, so this is not exactly surprising. I never feel like it.
But guess what they did have at this particular hotel? 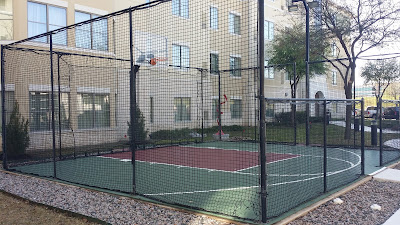 A tiny basketball court!
I looked at the dreary elliptical machines and I looked and the basketball court and I pondered. I concluded there were plenty of sensible reasons to choose an elliptical machine over the court:
1. It was first thing in the morning, and the court was located in the middle of a courtyard surrounded by dozens of hotel rooms in which other guests were staying. This meant I would I not be invisible, my preferred mode of existence when exercising.  In fact, not only would I be visible, but I would also be audible. Very audible, and it was is 9am, when late risers from other time zones could still be asleep.  I could be seriously pissing people off if I went for it.
2. I have some weird undiagnosable chronic lower back problem. It tends to be retaliatory when it comes to running and jumping sort of activities.
3. I haven’t played basketball since high school and I wasn’t very good even back then.  This would be the opposite of showing off.
4.  I was all by myself. And last I checked, basketball was a team sport, requiring not just one but two teams.
However…
I went for it anyway and had fun!
Not only was the court munchkin-sized, but the ball was smaller, lighter, and bouncier than the standard kind I remembered. This made my efforts seem way less pathetic than they would have been with real-life equipment.
Plus, I got credit for 45 minutes of aerobic exercise. I had my heart rate monitor on to confirm. I invented goofy games which involved shooting, dribbling, rebounding, and faking out imaginary opponents. And yes, I was aware that I was possibly making a complete fool of myself but I didn’t much care.
It would have been a totally happy ending had I not discovered, about an hour later, that my back hurt like hell.  Thank goodness for ibuprofen.
Moral of the story, as it so often is?
If you’re feeling too cranky to do your usual routine, try something new! And don’t be afraid to look like an ass. Just go out and give it your best shot. 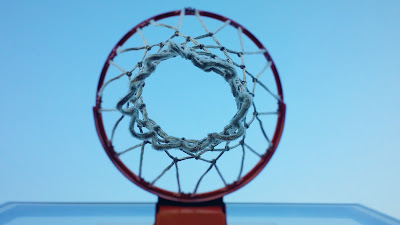 Anyone else encountered any unexpected hurdles lately, either in exercise or in life? Figure out any way around them?

My name is Patrick Ireland, living in the Philippines with my wife and two daughters. I have been studying the web for over a decade. Now that I am 60 years old, I am starting to apply some of the knowledge that I have gained. "Learn from yesterday, live for today, hope for tomorrow. The important thing is to never stop questioning." -Einstein.
Previous Ameri100 Partners with SNP to Offer ERP Transformation Solutions
Next Provider Web Has Another Productive Month of Originations, Hires Jack Daly as Chief Revenue Officer